The upcoming 2021-22 coffee harvest in Vietnam, the world’s second largest grower and exporter after Brazil, suffered negative impact from unseasonal dryness in June and July causing reduced yields on trees in the key southern producing region known as the Central Highlands, traders and exporters in Vietnam said. Vietnam’s 2021-22 coffee crop, for which physical harvesting starts in earnest during the last half of October, will now reach 29 million 60-kilogram bags at the most. This is unchanged from the current 2020-21 cycle (Oct./Sept.) from which shipments are in the process of being wrapped up for exports, but down from previous forecasts for the new harvest to recover and reach close to 31 million bags.

“The incoming 2021-22 crop really has become a no-event crop, we are now expecting more or less the same as we have seen in the current cycle,” said Nguyen Chi Cuong, head of the NC Group coffee traders in Ho Chi Minh City, speaking to STiR coffee and tea magazine.

But the Vietnam Coffee and Cocoa Association (Vicofa), which projected the current 2020-21 harvest to drop 4.9 % to 29 million bags from total output of 30.487 million bags in the previous 2019-20 crop year, recently said the weather damage is more severe than expected and the next 2021-22 harvest could come in up to 15% smaller. Vicofa chairman Luong Van Tu told the local online daily Vietnambiz.vn that the negative impact of climate change caused disturbing weather patterns for the 2021-22 Vietnamese coffee cycle which resulted in yield losses as fruit fell to the ground before completing the maturation period. 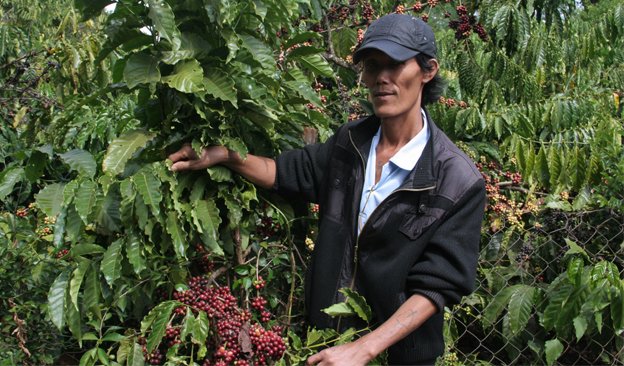 “Vietnam’s coffee harvest starting next November may be reduced by 10-15% due to the heavy rain, which caused ripening fruit to fall to the ground and rotten,” said Tu in an interview published on Aug. 30. When the bean formation process is halted by lack of either rain or extreme dryness this typically also result in producing cherries with a reduced bean size.

Unusual dry weather was reported across the key southern growing region during the months of June and July which in a cycle with traditional weather at this time would be well into the tropical rainy season, according to exporters and traders based in the Vietnamese coffee capital of Buon Ma Thuot in the Central Highlands, where over 70% of Vietnam’s coffee is grown. The lack of stable and sufficient rainfall prevented Vietnamese growers from applying the second round of fertilizer in a timely manner that in a typical crop cycle will provide trees with a welcome boost to enhance yields, but making matters worse it occurred at the time of what in coffee agronomy is known as the crucial bean formation period.

Without sufficient rain and limited fertilizer this did not allow for beans within cherries to finish their development.

Describing the dryness as a “rather strange” weather phenomenon Vietnam’s Simexco Daklak Ltd coffee exporters said even though “good rains” registered in most parts of the Central Highlands during August, fertilizer prices at almost double the rate paid by farmers last year and the need for rainfall to start before any fertilizer is applied led to many farmers not applying the second round of tree stimulus, or not apply it in full.

“After a period of dry weather in June and July 2021, we have seen rain in August across the coffee growing regions . . . with most of the key regions recording more than 200 mm of total rainfall,” said Simexco in its latest August market report dated Sept. 14 and of which a copy was shared with STiR coffee and tea magazine. “However, the total rainfall recorded is still lower compared to previous years and four years average.”

The US Department for Agriculture (USDA), pegged the soon-to-start 2021-22 coffee harvest in Vietnam to rise 6.3% to 30.83 million bags from the current crop which is projected to reach 29 million bags. USDA said in a report released last June – based on information and data gathered prior to the outbreak of unseasonal dryness – that the current crop would close down 7.3% from pre-Covid-19 2019-20 crop, for which harvesting had been completed once the pandemic started in the first quarter of 2020. The 2021-22 harvest consists of 29.68 million bags of robusta coffee and 1.15 million bags of arabica coffee, with output of each species up from 28 million and 1.0 million bags, respectively. Strict Covid-19 restrictions and extended periods of lockdown already complicated the coffee trade in Vietnam. But exporters here caution that roasters and others in the manufacturing segment of the coffee sector should not wait for Vietnam to come to the rescue in order to meet shortfall in supply across other key producers, including Brazil and Colombia where different multiple weather problems also are troubling coffee production.

The worldwide interruption to the coffee supply chain at origin by the onset of the pandemic caused widespread delays to exports in producing countries from Vietnam to Brazil, as shipping bottlenecks resulted in soaring freight prices and a shortage of containers. Coffee exports from Vietnam from January-August were down 13% to 17.3 million bags from 19.885 million bags in the previous year, said Simexco. And once the harvest starts in earnest the ongoing pandemic could still cause new interruptions to the picking and processing of the new crop, said NC Group’s Coung. 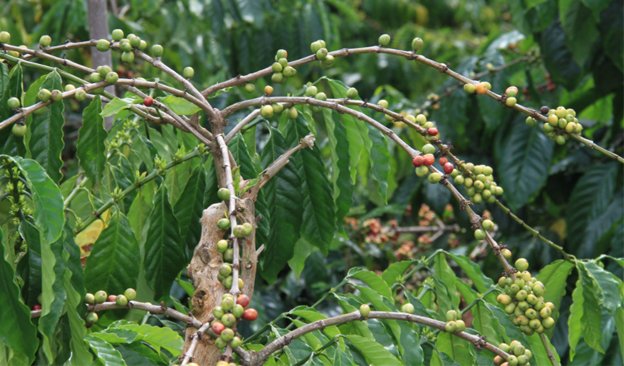 “There is concern about the labor for the harvest of the new crop due to Covid-19 restrictions, but it’s too soon to say because the real peak time will be mid-Nov and the lock down should be lifted very soon, unless there is a new big spread of the virus again,” said Cuong.