The global coffee market for decaffeinated beans enjoys a boom from consumers increasingly looking out for more healthy food products. With the incoming generation of new and younger coffee drinkers the decaf market will see growth rates of 7-8% per year for at least another five years, a growth that will bring along a particularly sharp increase in the participation of decaffeinated brands in specialty grade coffees. In this exclusive piece for STiR coffee and tea veteran coffee reporter Maja Wallengren digs into the insight details from top industry officials and the latest decaf market analysis.

Arriving at the cupping lab of the Descamex plant in the city of Cordova in Mexico’s state of Veracruz the overwhelming aroma of freshly brewed coffee greets visitors together with a long list of delicious flavors notes accompanying the green and decaffeinated samples of beans ready on the table. From the delicate citric and fruity flavors of an Ethiopian Sidamo to the earthy and sweet notes of chocolate in a Sumatra Mandheling, few traditional coffee consumers will believe these are samples of decaffeinated beans, but the market for decaf coffee is changing. 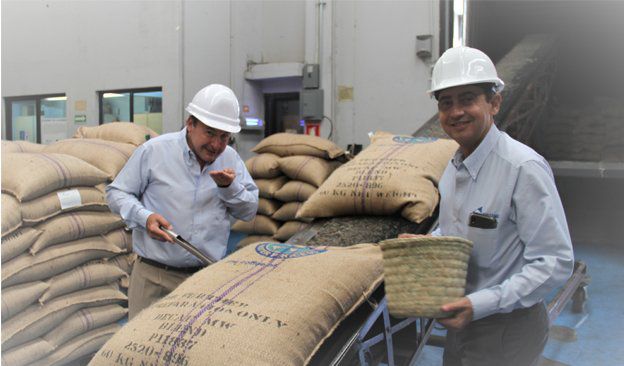 “This Sidamo is just extraordinary, really one of the best we have had in a long time,” said Daniel Robles, export vice president at Descamex. “When we look at the other coffees we are cupping here today, like a Sumatra Mandheling and a top-grade Colombia Supremo, it really goes to show how much the decaf consumer has evolved over the last ten years and we really have to be careful with the quality control of the final product,” Robles told STiR in an interview during a recent visit to the company headquarters in Cordova.

“The main reason for the rise in consumers of decaffeinated coffee today is people who are increasingly looking for ways to establish more healthy consuming habits and they are specifically looking for more natural products, but they will not compromise neither quality nor the flavor of what they buy,” adds Luis Demetrio Arandia Muguira, operations manager for Descamex, also known as Mountain Water Decaf.

Sitting at the foot of Mexico’s highest mountain in the bustling city of Cordova, the operation of Descamex is set against the backdrop of the majestic Pico de Orizaba. Established all the way back to 1980 the Mexican decaffeinated plant was the first to enter the decaf business in the Americas, tells Arandia Muguira, speaking of his uncle and founder of Descamex, the late Domingo Muguira.

“He had the vision to see that not only was the decaf sector a part of the coffee market that was only just starting to expand in the North American market but thanks to the pure source of mountain water we have from the Orizaba peak this part of Veracruz was blessed with unique resources for producing a high-quality decaf product,” said Muguira.

Surprising as it might be to some in the industry, the world of coffee lovers appreciating coffee solemnly for its flavor over the caffeine rush has never been higher than it is today. Market analysis shows this segment is one of the strongest performing in the global coffee market with the compound annual growth rate (CAGR) for decaf increasing up to four times that of overall world consumption at 7.4-8.2%, according to Grand View Research company. With a total market valued at $1.65 billion in 2019 alone, the decaf industry is “expected to witness significant growth” from 2020-2027, said the San Francisco-based research company in an April 2020 report based on data and research through 2019.

First discovered in Germany in 1903 the technology developed for removing the caffeine component from coffee beans continues to be dominated by the German market. So much has consumer demand risen in the last 10 years alone that Germany’s Coffein Compagnie three years ago expanded production capacity to Vietnam. By taking over the Hiang Kie decaffeinating plant located about 80 kilometers northeast of Ho Chi Minh City the Bremen-based Coffein added 30,000 metric tons to take the company’s total decaf processing capacity up to 150,000 metric tons a year, said managing director Jens Eckhoff.

And on the growing request from customers, starting July this year Coffein launched a new plant for water processed decaf coffee of organic arabica, initially with a 5,000 metric tons capacity a year but already looking at expanding the capacity to 10,000 tons.

“It’s very exciting, we had our first batch out in July this year and we have so much demand that our water capacity already has been sold out for the entire year ahead,” Eckhoff told STiR, adding: “For organic coffee, you can only use the water processing treatment, so we added this facility for our clients who use very high-quality organic arabica coffee.”

The European market remains the single biggest consumer of decaffeinated coffee with over 35% of the global revenue share in 2019, industry reports show. Even in the heartland among some of Europe’s most caffeine-crazed consumers in Italy, the popularity of decaf is growing. This is particularly good news to the industry as a whole as the region is starting to bounce back from the Covid-19 pandemic, said Max Fabian, president of the Trieste-based Demus SpA coffee decaffeinating plant.

“Italy has seen a good and consolidated growth in the decaf market and now after Covid, fortunately, I see a good recovery of the market with constant growth and good volumes in the decaf segment, which is all very positive news,” Fabian said.

“We are a small company but with a significant market share in Italy. We’ve had quite a decent growth in Italy to about 7% of the total Italian market today from about 2% percent over the last 10 years, according to my evaluations. The consumer has definitively responded to quality, people want good tasting coffee, and you drink it because you like it,” he said.

Leading the topics that dominate industry talk for trends in decaf it’s the increased focus on health benefits that stands out as the latest development to benefit industry growth. But quality of the end product and the increased interest for the softer non-chemical water treatment also continue to bring about new growth, industry officials agree.

“Millennials have been preferring organically and sustainably grown, decaffeinated, and lightly roasted coffee beans. Considering the growing demand for

decaf coffee, a substantial number of cafés, coffee houses, restaurants, and eateries have begun to include items made of the aforementioned variants on their menu,” said Grand View Research, adding that popularity of the café-culture as a lifestyle trend is expected to help boost sales of decaffeinated beverages. A 2017 study by the US National Coffee Association found that the largest single consumer group of decaf coffee in the US was people 18-24 years old, which made up about 19% of total decaf consumers in the US market.

New consumers in the decaf market are not only in the form of millennials but also found within many key emerging markets, especially in Southeast Asia and Latin America, where new generations of both younger as well as growing middle-class households are becoming more educated about the different products available.

“In the gourmet markets here in Mexico, for example, we are seeing some parts of the market where the demand for decaf has risen to 18-20% of the sales, and in general people of all ages are much more educated about the benefits of drinking decaffeinated coffee,” said Carlos Eduardo Lopez Romero, commercial director of CAFIVER, which based in the Veracruz town of Ixtaczoquitlan is one of Mexico’s biggest coffee companies processing and selling both regular, roasted, soluble and decaf coffee in the domestic market and for exports.

This kind of development is similar to what is registered in other countries included in research studies. The National Coffee Drinking Trends study, which is released annually by the U.S. National Coffee Association (NCA) in New York, NY, has consistently reported rising popularity and consumption of decaf beans in all forms. In its 2019 study, which was released prior to the outbreak of the Covid-19 pandemic, 15% of all participants responded they had “decaf coffee yesterday” in 2019 up from 9% in 2018. And when asked if they had “decaf coffee in the past week” the figure soared to 20% in 2019 from 14% in 2018.

As far as the future of decaf industry goes it is clear decaffeinated beans are not only here to stay but with quality of the end product continuing to grow all pointers are for healthy growth to continue across the global market.

“It used to be that decaf was not a good quality coffee but today people are using much better qualities and with better beans and well-treated processing decaf coffee can taste really good, which is a much better deal for everybody because in the end the consumer is looking for a nice and good tasting product,” said Coffein’s Eckhoff.